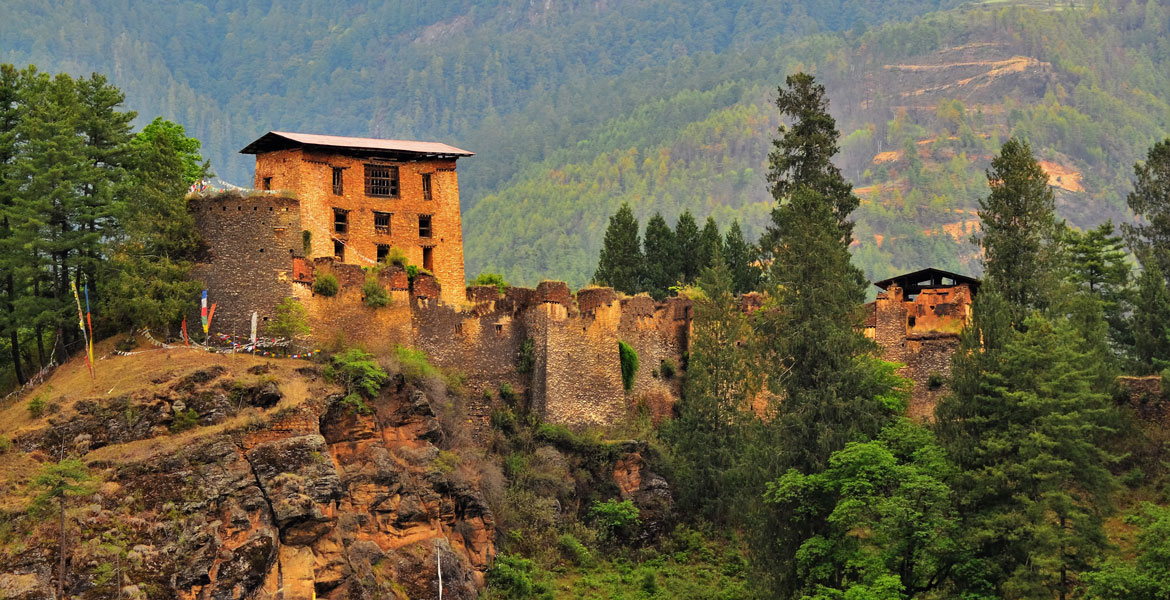 A defense fort built in 1649 to commemorate Bhutan’s victory over allied Tibetan- Mongol invasion. The structural design and the location of the fort was a preemptive measure to possible future invasion from the north. Built to defend the valley, the fort stood on the summit of a rocky hill which allowed military personnel to effectively guard the approach to the Paro valley from Tibet. With steep hill rising on three sides reinforced with high stone walls, the fort was only accessible from one side and that entrance was heavily guarded with three prominent towers. The towers had built in holes for the use of bows and arrows.

Inside the Dzong, there are three huge open courtyards and a forty feet central tower believed to have been built over a sacred lake. The tower housed the shrine of the nation’s guardian deity Mahakala (Yeshey Gonpo) and Mahakali (Palden Lhamo). Secret tunnel passage is said to have existed that linked the fort with the bank of the river used to fetch water.