Lhuentse Dzong also known as Lhuentse Rinchentse Dzong is situated on a hilltop overlooking the Kuri River below.

Lhuentse Dzong also known as Lhuentse Rinchentse Dzong is situated on a hilltop overlooking the Kuri River below. The founding of the Dzong is credited to Lam Ngagi Wangchuk a Buddhist master who meditated at the site for many years in 1551 and later built a small temple and named it as LeyLey Dzong (Fortress of the Goat) as legends has it that before building the Dzong a white bleating goat was seen at the site which the Lama took as an auspicious omen and named the Dzong after the auspicious goat. Later the Small Dzong was expanded and built into larger structure by Trongsa Penlop, Mingyur Tenpa in 1654. A bronze statue of Buddha of long life is main sacred relic of the Dzong.
The Dzong is used as the district administrative office and houses about 100 monks. The Dzongs does not generally have many tourists visiting the Dzongs so the ones who make the effort will be awarded with complete freedom to explore the Dzong and the monks are quite friendly and welcoming.
The Dzong observes annual festival at the courtyard of the Dzong where a large crowd gathers to witness the festival. 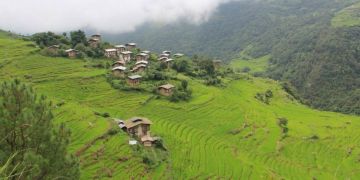 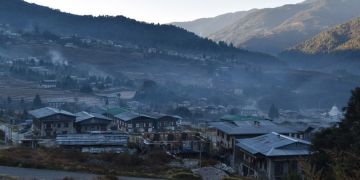