Trashigang Dzong is strategically built on a hill overlooking Drangmechu River. The Dzong was constructed in 1659 as a defense fort against invasions from Tibet. The Fortress of the Auspicious Hill as it is also known, is a mark of Bhutanese victory over the invasions and legend has it that invaders retreated after stating that the fortress was built on the sky and was not on ground. Trashigang Dzong is still considered one of most strategically built Fortresses in the country as the Dzong is only accessible from the north through a narrow path. The view from the Dzong is a picture perfect illustration as the magnificent mountains, the buoyant clouds and the calm flowing river all fits into a perfect frame and it has to be a photographer’s dream come true instant. 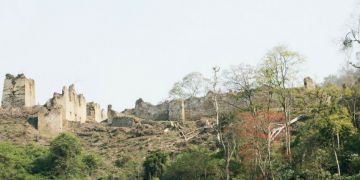 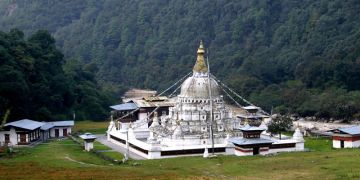