Drukgyel Dzong, one of the oldest dzongs in Bhutan is located half an hour from Paro town.

Drukgyel Dzong (The Fortress of the Victorious Drukpas) was built to commemorate the Bhutanese victory over the Tibetan Invasion from the north in 1649. The Dzong was built originally as a defense fort anticipating the resurgence of invasion from the north. The fort is built on the summit of a rocky hill which offered a superior position for the military personnel to guard the valley. The only accessible entry to the Dzong is guarded by three prominent towers. The towers had provisions for using bow and arrow while effectively providing cover for the military personnel.
In 1951, an unfortunate fire incidence reduced this glorious fort to ruins. Over half a century later, the Dzong is finally being restored to its former glory. 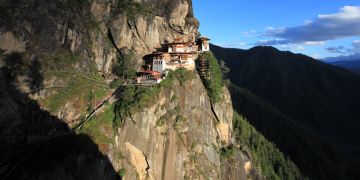 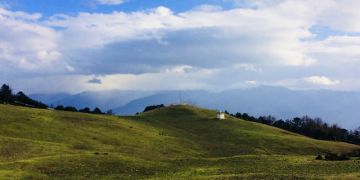