The Paro Tsechu is held at the courtyard of Paro dzong in Thimphu city. Join the locals for an immersive cultural experience. Watch the district monks put on a show to recreate Buddhist mythology.
During the event, monks recreate Buddhist legends wearing colourful silk costumes and exquisitely hand-crafted masks depicting deities, demons, and animals. It is believed the sacred dances invoke deities to bless the congregation.

The Tshechu concludes with the unfurling of the Thongdrel. At the break of dawn, the giant applique scroll is unfurled for public display. The painting depicts a seated Guru Rinpoche. Locals believe that a mere sight of the painting cleanses bad karma and accumulate good merits. 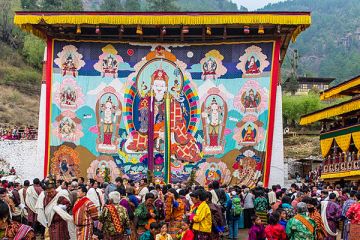 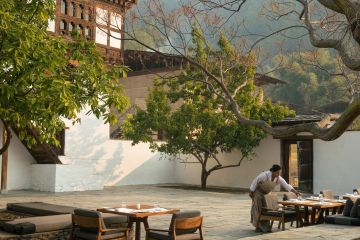 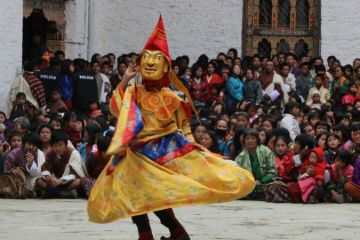 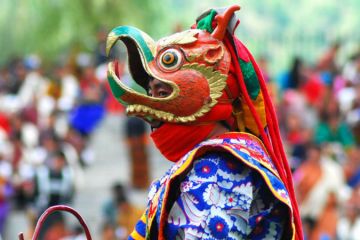 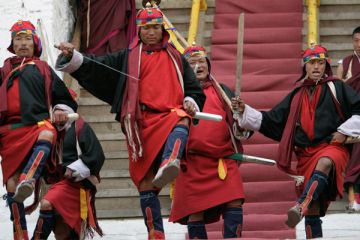 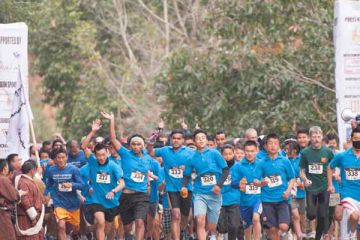 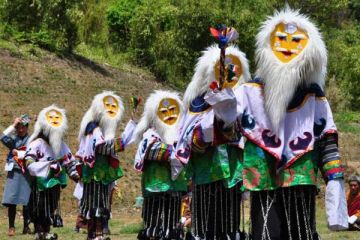 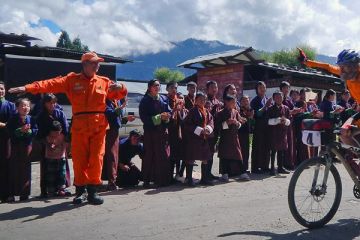