The popular Punakha Dzong is built on the confluence of the Pho Chu and Mo Chu river.

Punakha Dzong witnessed events that significantly shaped the future of Bhutan. The fort facilitated the military personnel in successfully guarding and defeating Tibetan invasion. The ceremonial occasion of the institution of monarchy was also observed in this great fort when Ugyen Wangchuck was crowned the First King of Bhutan in 1907. Punakha district served as the first capital of Bhutan and hence the fort also served as the seat of administration of the central Government.

The Dzong is built on the confluence of Pho Chu (Male River) and Mo Chu (Female River) and the fort is approached by a traditional cantilever bridge built over the Mo Chu. The Dzong houses Bhutan’s most sacred relic Rangjung Kharsapani “a self-created image of the Bodhisattva of compassion.” Owing to its great significance, every King and Je Khenpo (spiritual leader) begins their reign by offering prayers at the sacred shrine in the Dzong. 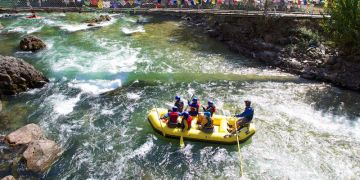 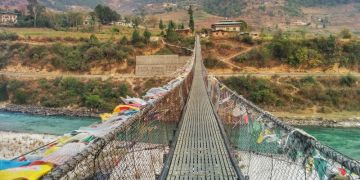 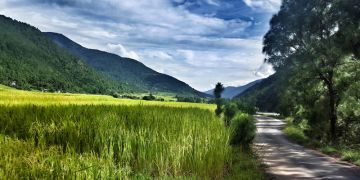 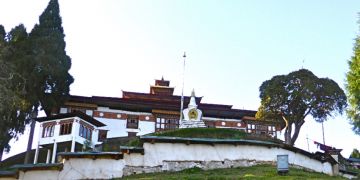